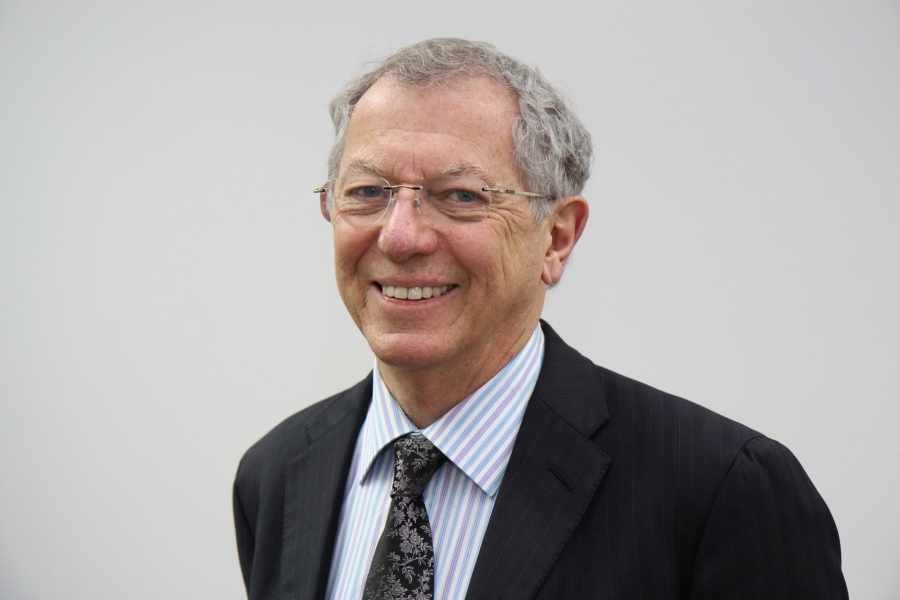 Professor Sir David King was appointed as the UK Foreign Secretary’s Special Representative for Climate Change (full-time) in September 2013. Sir David was previously the Government’s Chief Scientific Advisor from 2000 – 2007, working with Prime Ministers Blair and Brown, during which time he raised awareness of the need for governments to act on climate change and was instrumental in creating the Energy Technologies Institute. He also served as the Founding Director of the Smith School of Enterprise and Environment at Oxford, 2008 – 2012. Some of his other appointments include the Chair of Future Cities Catapult, Chancellor of the University of Liverpool, Senior Scientific Advisor to UBS, and Adviser to President Kagame of Rwanda.

He was born in Durban, South Africa, educated at St John’s College Johannesburg and at Witwatersrand University, and graduated with an Honours degree in Chemistry, 1960, and a PhD, 1963.

He is a physical chemist working in surface science and catalysis.  He was the Brunner Professor of Physical Chemistry, University of Liverpool, 1974 – 1987, and subsequently the 1920 Professor of Physical Chemistry at Cambridge University, 1987 – 2000, Head of the Department of Chemistry, 1993-2000, and Master of Downing College at Cambridge, 1995 -2000.  He has published over 500 papers on surface science and heterogeneous catalysis, and on science and policy, for which he has received many awards, medals etc. including: the Rumford Medal of The Royal Society, 2002; the Linnaeus Medal, Sweden, 2007; the Jawaharlal Nehru Birth Centenary Medal, Indian National Science Academy, 2007;  the Arthur W. Adamson Award, the ACS, 2009; and the Symons Medal, Association of Commonwealth Universities, 2013. He has received 23 Honorary Degrees from universities around the world.

Elected Fellow of the Royal Society in 1991; Foreign Fellow of the American Academy of Arts and Sciences in 2002; knighted in 2003; and made “Officier dans l’ordre national de la Légion d’Honeur” in 2009.