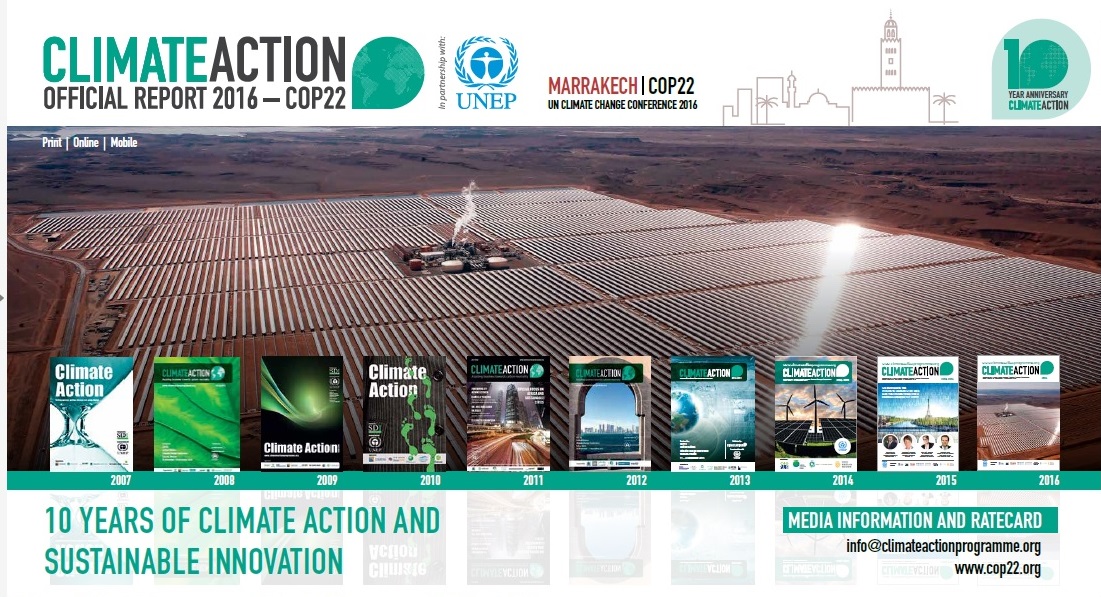 Launched in 2007 at COP13 Bali and now working towards the 10th anniversary edition, the Climate Action official report is read and referred to consistently throughout the year and features world-class thought leadership from the most influential political, environmental and business commentators.

Published annually, this special 10th edition will be distributed to over 10,000 industry professionals through print and a further 500,000 digitally, offering you high visibility of your brand on a global scale.

Find out more by downloading our media pack, which includes:

To find out more information about how you can advertise in this year’s special 10 anniversary edition, download the Climate Action 10th edition media kit - Click Here