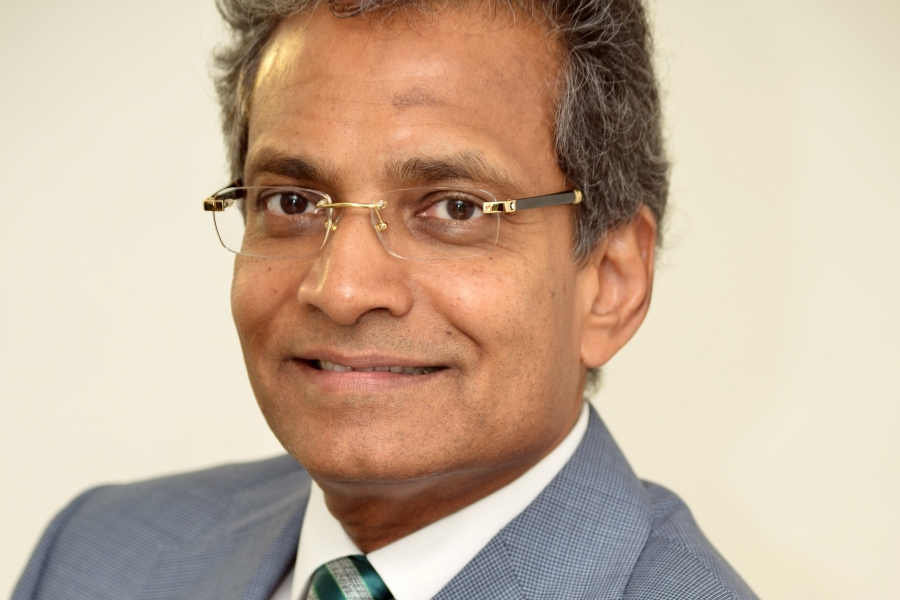 Mr. Padmanathan, a professional Civil Engineer with over 35 years of experience, has served ACWA Power from 2005 as the company grew from a startup to where it is today; a leading private developer, owner and operator of power generation and desalinated water production plants headquartered in Saudi Arabia. The company has an investment value in excess of USD 30.5 billion and can generate 21.5 GW of power and produce 2.5 million m3 /day of desalinated water to be delivered on a bulk basis to state utilities and industrial majors on long term off-take contracts under Public-Private-Partnership, Concession and Utility Services Outsourcing models.

While ACWA Power is focused on reliably delivering electricity and desalinated water at the lowest possible cost and is thus technology neutral and fuel agnostic, and owns and operates some of the largest fossil fueled power plants, the company is also very active in the area renewable energy leading cost reduction of renewable energy on a global scale.

A graduate of University of Manchester, UK, Mr. Padmanathan started his career as a consulting engineer delivering infrastructure projects financed by the national treasuries and multilateral financial agencies and moved on to develop privately financed power, water and wastewater projects in over a dozen countries. A substantial period of his career before ACWA Power was with Black & Veatch, a US headquartered multinational engineer & constructor where he served as a Vice President and Corporate officer.

Mr. Padmanathan also serves on the board of directors of several companies all operating in the water and power sectors.