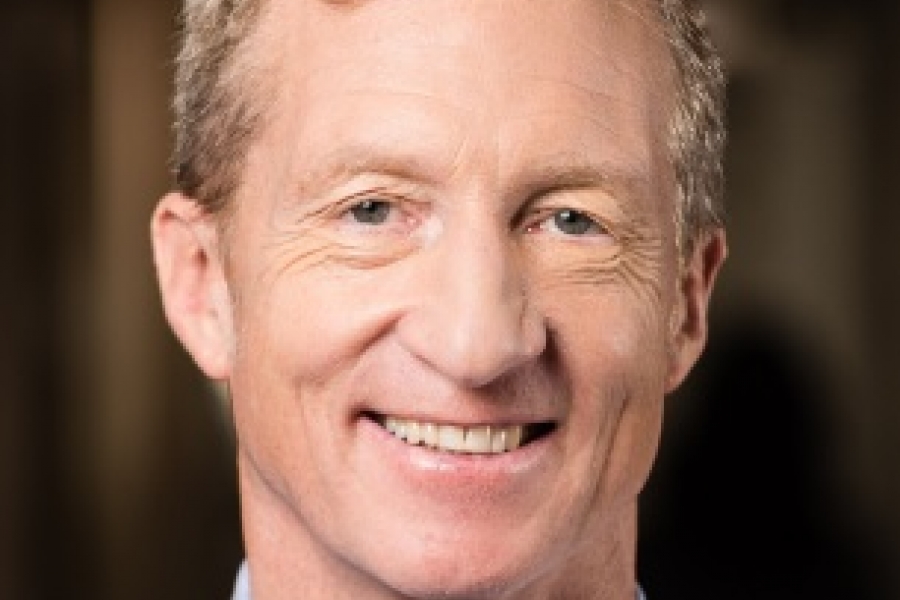 Tom Steyer is a California business leader, philanthropist and clean energy advocate. Before retiring from the private sector, Tom founded and was the Senior Managing Member of Farallon Capital Management.

Tom is actively engaged in climate politics through his NextGen Climate political organisation, and works to promote economic development and environmental protection in California and across the country. In 2010, Tom teamed up with former Secretary of State George Shultz to defeat Proposition 23, an effort by out-of-state oil companies to dismantle California’s groundbreaking clean energy law, AB 32. In 2012, Tom served as co-chair with Shultz for Yes on Proposition 39, which closed a tax loophole for out-of-state corporations and created jobs in California.  Tom and his wife, Kat Taylor, joined Warren Buffett, Bill and Melinda Gates and other wealthy Americans in the “Giving Pledge,” a promise to donate the majority of their wealth to charitable and nonprofit activities during their lifetimes. Tom and Kat created and funded the Oakland-based Beneficial State Bank and Foundation, which provides loans and banking services to underserved small businesses, communities and individuals in California and along the west coast. Tom and Kat have four children.